To honor the memory of Terry Harper, who served as the executive director of the Society of Professional Journalists from 2002 to 2009, Sigma Delta Chi Foundation set up the Harper Memorial Scholarship after his death in June 2009.

The first recipients are Elizabeth Donald, a reporter with the Belleville News-Democrat in Illinois, and Gene Murray, a professor of mass communications at Grambling State University in Louisiana.

“I know that it wouldn’t be financially possible for me, as a single parent and a newspaper reporter, to come to this convention to act as a delegate, to present on social media and to bring back that information to my newsroom,” Donald said. She is a delegate for the St. Louis professional chapter of SPJ. 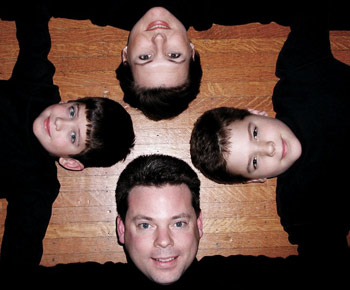 “Terry Harper was an excellent leader and a great human being who left a favorable impression on everyone,” Murray said. “Even after he was diagnosed with cancer, he continued to serve SPJ. The scholarship is a fitting memorial to him.”

Donald said that although she never met Harper, she understands how important it was to Harper that SPJ continue its tradition of educating journalists.

Murray said being able to attend the convention is essential for any working journalist.
“Technological changes have blended mass media to the point that it’s difficult for journalists to specialize in one niche,” he said.
Donald said that any journalist who thinks training or continuing education is no longer needed after finishing school is wrong considering the ever-changing field.

“We need new ideas. We need fresh blood,” she said.
She plans to host a brown-bag lunch discussion for her newsroom when she returns home so that they too will benefit from what she has learned at the convention.